At Mount Vet Hospital we have MPI-approved vets to issue export certificates for cats and dogs travelling to Australia.

We strongly advise the use of a registered pet exporter to help arrange tests, treatments, flights, crates and other requirements. Most airlines will only deal with a pet exporter as this adds assurance that all requirements will be completed at the appropriate time before departure. Fees and charges apply.

We also recommend visiting the Ministry for Primary Industries Website for information about any export of pets to Australia and to other countries:

Cats and dogs exported from New Zealand to Australia must comply with the import requirements of Australia listed in this notice as follows:

* In the case of a dog: EITHER

1. Noted that the Veterinarian is satisfied by the “exporter’s declaration” that the dog has been continuously resident in New Zealand since birth or since it was imported from Australia; OR

2. the dog was subjected to an indirect fluorescent antibody test (IFAT) for Ehrlichia canis with negative test results (at 1:40) on a blood sample collected after it has resided in New Zealand for at least twenty-one (21) days. Date of sample collection to be recorded, AND

3. the dog was tested for Leishmania infantum by an indirect fluorescent antibody test (IFAT) or an enzyme linked immunosorbent assay (ELISA), with negative test results on a blood sample collected after it has resided in New Zealand for at least twenty-one (21) days. Date of sample collection, and test used to be recorded.

4. In the case of a dog that has resided in mainland Africa, the dog has been treated for Babesia canis with imidocarb dipropionate:

a) one treatment at 7.5 mg/kg bodyweight OR

b) two treatments at 6 mg/kg bodyweight with an interval of two weeks.

5. The animal has been treated for external and internal parasites within five (5) days of the scheduled time of shipment.

6. The Veterinarian has examined the animal for export and scanned and confirmed the microchip within five (5) days of the scheduled time of shipment and have found it to be fit to travel.

7. Any additional health/treatment information must be attached to the export certificate. 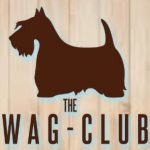 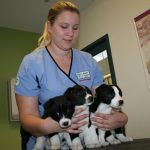 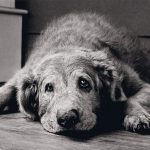